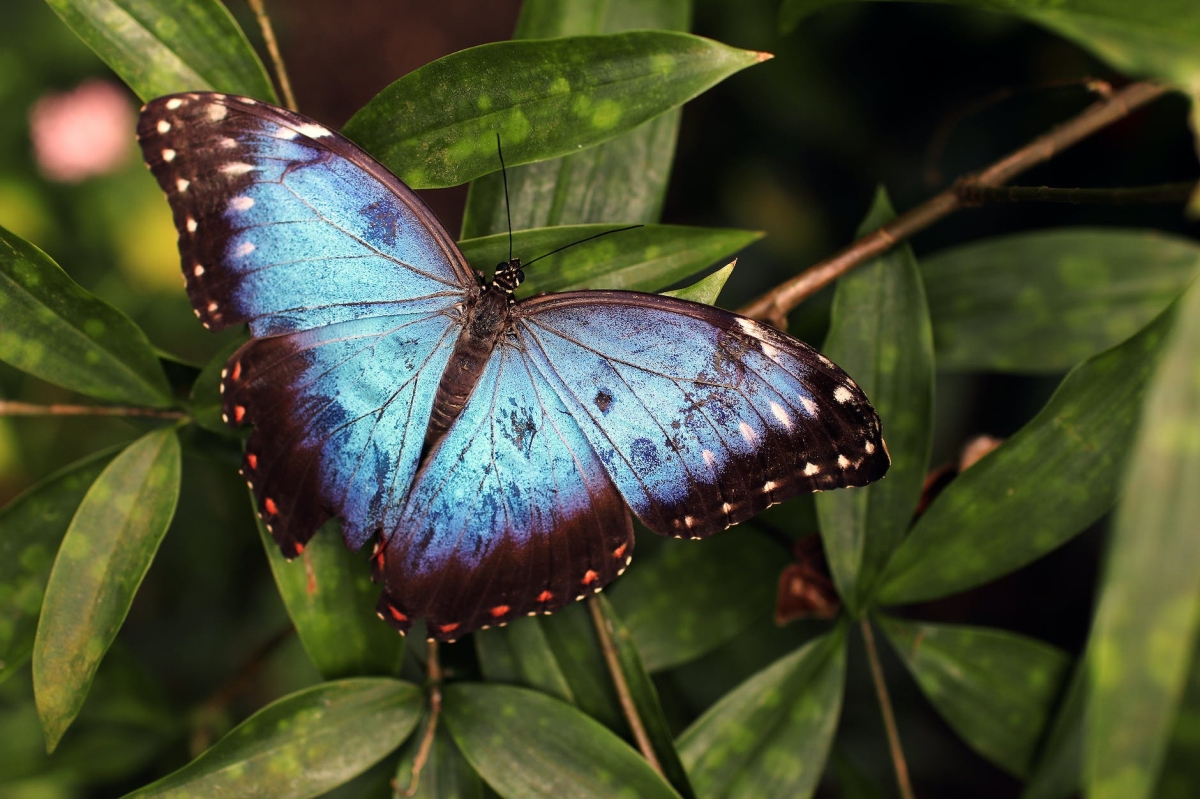 In March 2023 Pluto enters Aquarius, and a new chapter of history will be written.

Many people have high hopes for Pluto in Aquarius.

However, we cannot constructively move into the future unless we understand the past – unless we integrate Pluto in Capricorn.

“Those who cannot remember the past are condemned to repeat it”

Pluto in Aquarius will not save us from ‘greed, politicians and corruption” – it’s becoming our own authority that will.

We still have time – until March 23rd, 2023 (when Pluto ingresses into Aquarius) and then again from June 2023 – January 2024 (when Pluto moves back into Capricorn) to make sense of Pluto in Capricorn’s 15-year long transit.

Transits build upon each other. Pluto in Aquarius builds on Pluto in Capricorn. If we learn the lessons of the previous transits, we smoothly move into the next Aquarian chapter of our lives.

But have we truly integrated Pluto in Capricorn’s lessons? Pluto’s ingress into a new sign initially corrects the flaws of the previous Pluto transit.

Pluto’s transit in expansive Sagittarius has coincided with the housing and economic bubble, rising inflation and interest rates, production outsourcing, and over reliance on foreign trade.

Pluto in Capricorn has subdued interest rates, and of course, has created different types of problems, like too much consolidation of power at the top.

Capricorn is the sign of institutions, big corporations, politics and top-down structures. Capricorn is a governing system that manages different moving parts so they can work in a coherent whole.

Pluto in Capricorn is every single one of us.

In the past decade and a half, Pluto in Capricorn has been asking us – every single one of us – to develop constructive Capricorn qualities like becoming strategic, planning ahead, and taking responsibility for our own lives.

Pluto in Capricorn – Becoming An Adult

Big institutions’ activities, projects, and finances, are planned way in advance, usually on a 5-year horizon. The “big announcement” email you received this morning from your company has been in the communication department’s pipeline since 2018.

No manager ever wakes up in the morning and decides to lay off employees. No politician decides from one day to the next to raise interest rates. These initiatives are years in the making. A big entity like a corporation – or a nation – cannot survive without long term planning.

But long term planning is not limited to big institutions. We – humans – are complex systems. We too have goals and plans. Of course, there’s a lot of beauty in being spontaneous, but it’sAries, Taurus, Gemini and Cancer’s role to show us how to live in the present moment.

Capricorn’s role is to teach us how to plan, work hard, be responsible and achieve our goals.

When we understand how complex systems work – we no longer believe in ‘coincidences’ or ‘luck’. With Pluto in Capricorn, what goes around comes around, and whatever happens is a consequence of previous actions.

Becoming successful, achieving long-term goals is not a lucky strike. It’s the result of years of hard work and deliberate action.

When we understand that the world is complex and interconnected, we embody Capricorn’s qualities and take control of our life.

When we don’t know how Capricorn works, we externalize authority to a 3rd party whom we put in charge to do the “adult” things for us.

As long as we don’t embody Capricorn at a personal level, someone else will play the adult role for us. We will look up to them and they will hold power over us.

In transactional analysis there are 3 three different ego states or ways of being during interactions: the child ego state, the parent ego state, and the state of adult.

Archetypally, the parent is the Capricorn energy and the child, the Cancer energy.

The desirable state is the “adult” when the person is not in charge of others (parent/Capricorn), nor externalizes autonomy and expects to be taken care of (child/Cancer). The adult has an objective, equalitarian, “win-win” approach to interactions.

The adult state corresponds to a healthy, integrated expression of the Aquarius archetype.

Aquarius is ruled by both Saturn and Uranus. Aquarius is the adult (Saturn) that has outgrown the parent/child model; by taking ownership of their life, the Aquarius adult finds freedom (Uranus) to express their unique self.

But to get to the Aquarian highest expression of adulthood we first need to solve our Capricorn daddy issues.

Rejecting or rebelling against authority is the unhealthy Aquarius approach to transcending Capricorn and addressing our daddy issues. Vilifying the leader/authority is a short term solution that always backfires.

This approach may initially solve the tension of the Cancer/Capricorn polarity, but until we integrate these archetypes at an identity level, we will keep looking for the next Capricorn father figure to tell us what to do.

But when engaged in child-parent relationships, they will either reject the advice/direction of the authority figures because it’s too much work, OR they will blindly follow their direction – so they can later blame the authority for what went wrong. “They told me to do it”.

Examples of the parent ego state are people who engage in relationships where the partner is less mature; the “parent” takes care of the “child”. This dynamic satisfies their control needs, but it doesn’t allow them to grow and evolve.

The child/parent dynamic only stops when we step into our own autonomous authority.

Important answers like “what should I do with my life” can only come from within ourselves.

Pluto In Capricorn – Killing The Father

If we look at the oldest tales or religious mentions we note the theme of killing the father.

Killing the father is a recurring theme that transcends time and culture.

Fundamentally, the killing of the father is about breaking away from the previous authority/order and becoming an authority on our own.

Up until the 20th century, kings, emperors and totalitarian leaders were pretty much the governing standard of societies. Since these leaders were authoritarian and would not let go of power, the only way to overthrow them was a coup. The leader would be killed or sent into exile.

Just like Saturn ate his children out of a fear of being overthrown, the king’s son or the emergent leader would literally murder the existing leader in an attempt to establish a new order.

In the post WWII world, the disintegration of the multinational empires was closely linked to the disappearance of the major state leaders, which is a variation of the theme of patricide.

But how do we get there? How do we solve our daddy issues?

Patricide still happens in all cultures and on all layers of society. The most common age when children kill their father is 14-16.

Astrologically, this coincides with the 1st Saturn opposition, and it’s a projection (opposition) of the Saturn archetype on a Saturn figure (the father).

This is the age when the child is confronted (opposition) by the parent (Saturn) archetype. This is when the child learns about rules and limitations.

The Saturn opposition happens soon after our first Jupiter return at the age of 12. The Jupiter return is a phase of expansion. We feel on top of the world. Everything is possible.

But then only 2 years later, at the age of 14, we have our Saturn opposition. We learn that there is actually a limit to what we can do. We learn about rules, exams, we have our first unrequited love interest. We can’t have everything we want.

We then project our frustration on Saturn-like figures like the father or the teacher.

What we don’t realize at the age of 14 is that the father and the teacher are nothing else but the Saturn part of our psyche. This is our first (awkward) encounter with Saturn, with that part of ourselves that thinks a bit longer term, and has our survival and best interests in mind.

We can look at Saturn as “that which limits us”, oras that who helps us discern what’s our zone of genius and what we can realistically achieve.

Without Saturn, we would live in a continuous Jupiter state where there are opportunities everywhere, where there’s always a “next best thing”…, but where we don’t achieve anything because we don’t commit to anything.

At a personal level, the killing of the father means killing that version of ourselves that is outdated, and that no longer serves our best interests.

There is always a more efficient, a more productive, a more ‘adult’ way to conduct our lives. It’s not the father/authority that needs to be killed – but that part of us that still behaves like a child.

From Pluto In Capricorn To Pluto In Aquarius

“You always had the freedom my dear, you just had to learn it yourself”

Just like Dorothy in the Wizard of Oz, it’s not enough to think about these concepts. We must live them and embody them.

Uranus (Aquarius’ ruler) follows Saturn (Capricorn’s ruler); unless we learn how to become autonomous, we cannot be free.

Here are some self-reflection questions to help you navigate the last leg of the Pluto in Capricorn transit, and prepare you for Pluto in Aquarius:

One thought on “Pluto in Capricorn – Daddy Issues”

I’m a life long spiritual seeker who is no longer lost and fumbling in the dark.

Let go of what you know.